The best land in the Napa Valley was gone with seemingly only less desirable outlying land available. John found available land on Atlas Peak, above the fog, with rich, red soil and lots of sun.

Atlas Peak is now recognized as a premier appellation. First to homesteading a 40 acre parcel, then moving up to the present ranch site of 240 acres. John planted grapes, fig trees and olive trees with trees of both species remaining in production today. 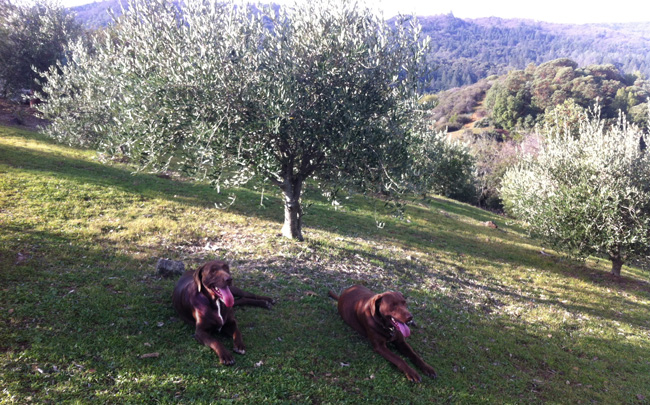 Over a century and five generations later, the ranch is as busy as ever. Today our crops pay homage to their European roots. With an elevation of nearly 2,000 feet, hot summers and cold winters- the conditions are perfect to cultivate Tuscan and Spanish blends of olive oil.

John Wesley Hammond became well known for his figs, grapes and olives and supported himself living year round on the ranch with his horse “Babe”. John disappeared from the ranch in 1933 when he was in his 80’s.

Leaving his gun behind the door, a half a plate of eggs, and a half a cup of coffee on the table, he was discovered missing by his son George W. Hammond and grandson George E Hammond. No trace of John Wesley has ever been found.

Support the Napa Valley region with your purchase of premium local olive oil!